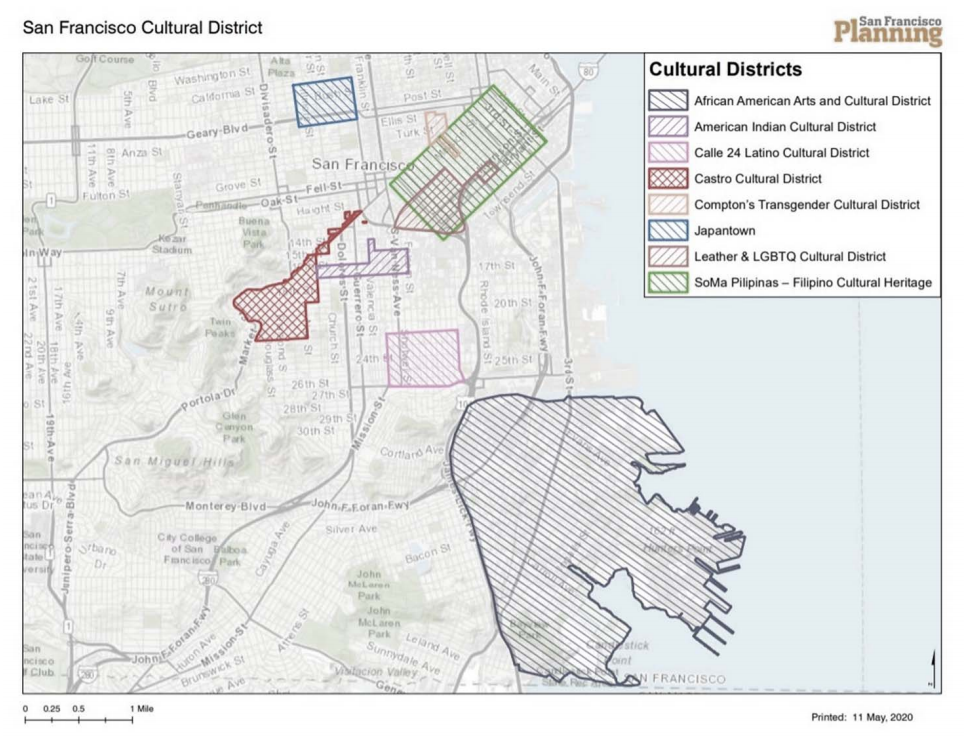 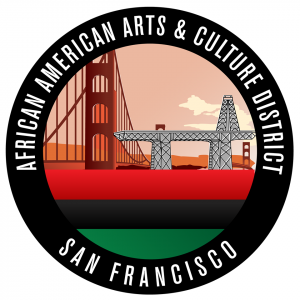 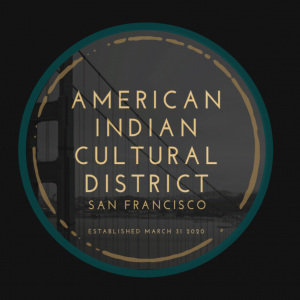 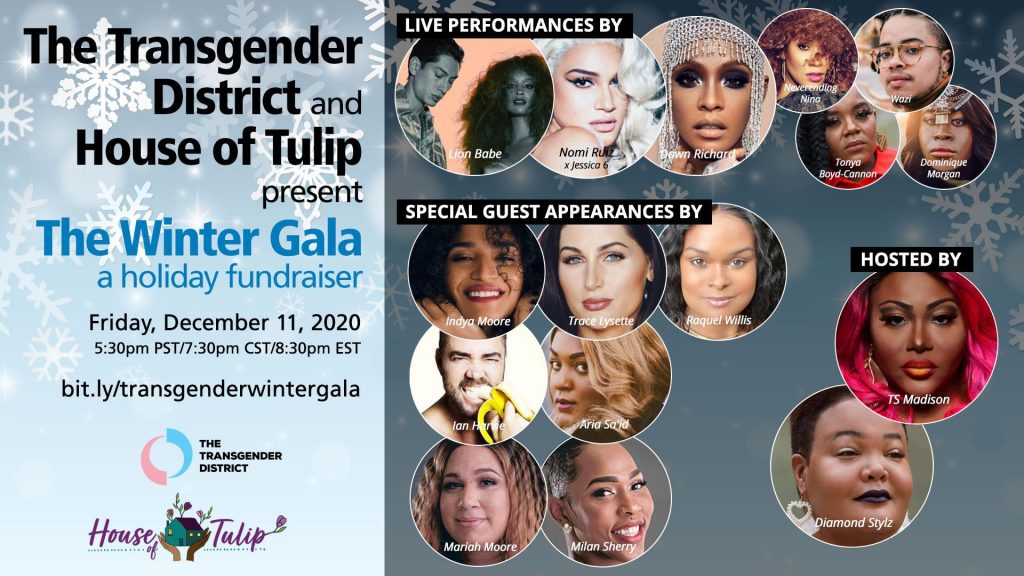 The Transgender District and House of Tulip, two Black transgender led and founded nonprofit organizations that work towards ending poverty in their local transgender communities, are thrilled to launch an upcoming “Virtual Winter Gala” event with live music performances, celebrity special guest appearances and more- all in support of raising awareness and fundraising for the cause of addressing community driven homelessness solutions in 2021 impacting transgender people of color.

The Transgender District and House of Tulip’s Virtual Winter Gala is free to the public, and will be held on Friday, December 11th, 2020 at 5:30pm PST and will be streamed live on Youtube via: bit.ly/transgenderwintergala.

Castro LGBTQ Cultural District has selected Tina Valentin Aguirre, board chair of the GLBT Historical Society, as its new District Manager.
“The Castro LGBTQ Cultural District will play a critical role not only in preserving the queer history and culture of the neighborhood, but in planning with intentionality for a kinder, more diverse neighborhood for the folks who live, work and play there,” said GLBT Historical Society executive director Terry Beswick, who facilitated the community organizing meetings for the Castro LGBTQ Cultural District from February 2018 until the passage of the enacting legislation in July 2019.
“I can’t think of a better person for this role than Tina Valentin Aguirre, who as chair of the GLBT Historical Society has led the organization during a period of phenomenal growth. They have been a great friend and mentor to me personally, and the district could not have made a stronger choice.”
https://www.facebook.com/GLBTHistory/posts/10157351217916176

The San Francisco African American Arts & Cultural District has been working in collaboration with the San Francisco Department of Emergency to create cultural competent messaging in the black community around COVID-19. Co- Directors Ebon Glenn and Ericka Scott participated in an interview with KBLX host Sterling James to talk messaging and the mission of our Cultural District in general. Please send links on other Cultural District events to web@sflcd.org and we will post them here!

The LEATHER & LGBTQ Cultural District is:

Make a donation to support the LEATHER & LGBTQ Cultural District.