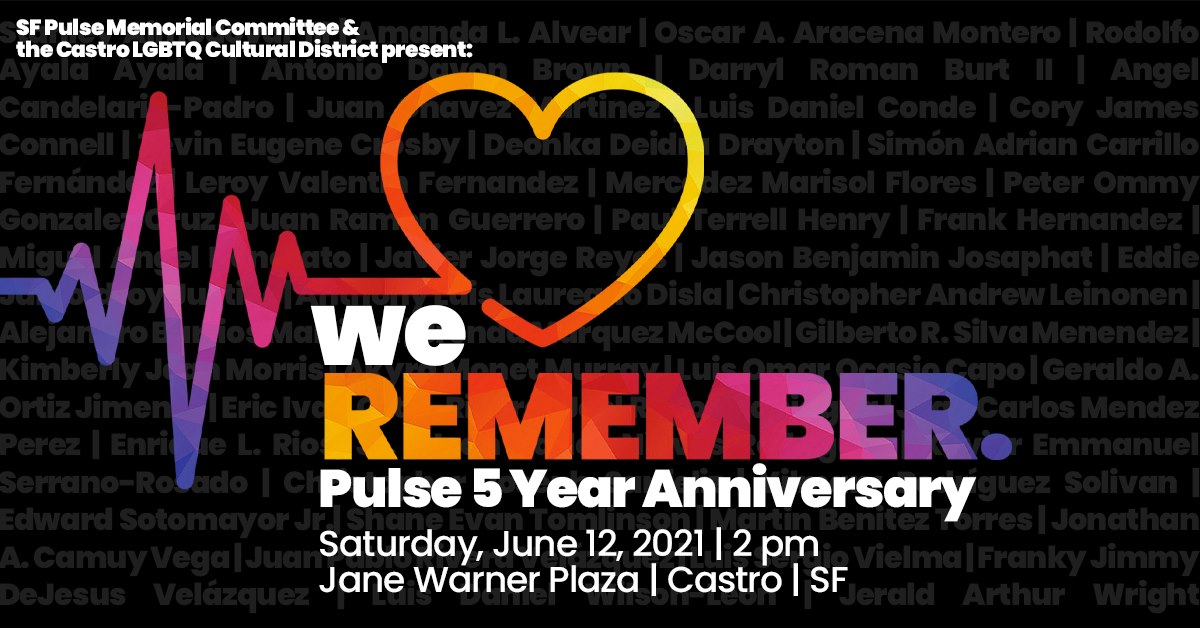 All times are Pacific Time.

June 12 marks 5 years since the night we lost 49 #LGBTQ individuals in the shooting at Pulse Nightclub in Orlando, Florida.

Please join the SF Pulse Memorial Committee and the Castro LGBTQ Cultural District (along with special guest emcees Honey Mahogany and Juicy Liu) as we hold space for them with a socially distant memorial on Saturday, June 12th at 2 pm. The memorial will begin with a short speaking program at Jane Warner Plaza, followed by a procession to 18th and Castro to lay flowers and pay respects at the Castro memorial gathering spot.

In light of the ongoing #BlackLivesMatter movement, as well as the fight against anti-Transgender legislation and standing up against anti-Asian violence, this event will also serve as a remembrance for those who we have lost due to police aggression & brutality, anti-Black/Asian/Transgender violence, racism, gun violence, transphobia, homophobia, biphobia, xenophobia, and every community that continues to suffer due to systematic racism. We will also be honoring all those who have lost their lives needlessly due to federal, state, and local governments’ inaction/ineffectiveness in containing and treating COVID-19 during the former Presidential administration.

More details coming and a speaking program to come soon.